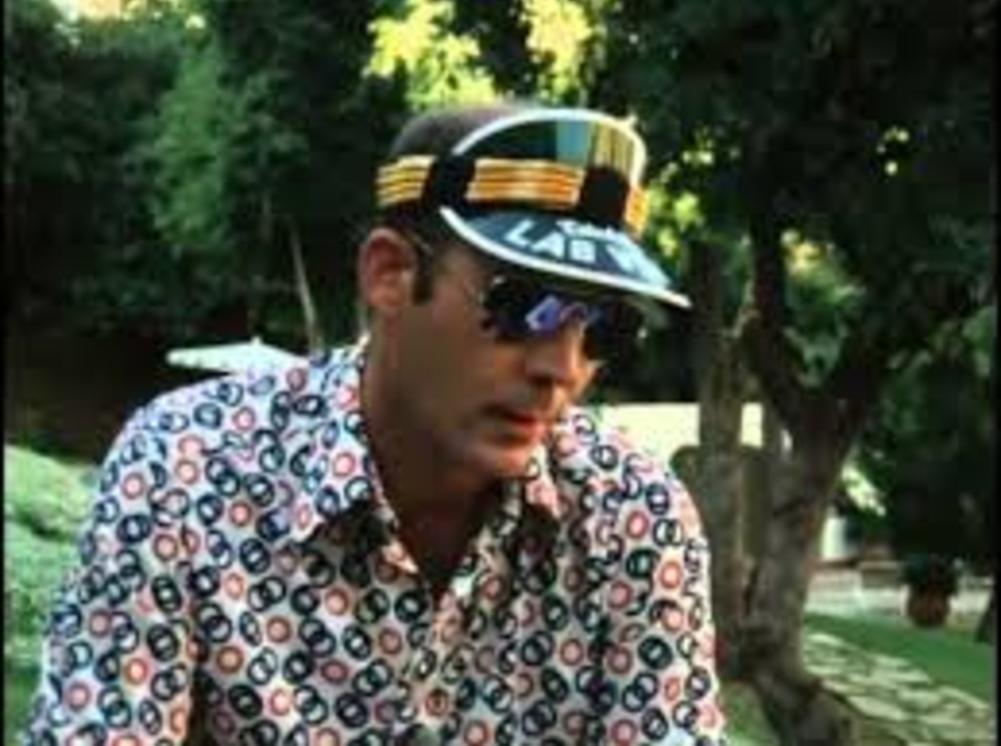 Hunter S. Thompson was perhaps the best-known and best-loved writer whose work appeared in Rolling Stone Magazine. I was hired as an editorial assistant at the magazine in 1981 and worked on several of HST's projects. I was often on the other end of the famous "mojo wire," a primitive fax machine he used to transmit his copy. I met Hunter on only a handful of occasions but would often be asked by Rolling Stone editor and publisher Jann Wenner to assist on Hunter's projects during my three and a half years at the magazine.

One of my special skills was the transcribing of the cassette tapes that Hunter would ship to RS, filled with interviews, conversation and monologues he would record -- notes really -- for his stories. I transcribed dozens, perhaps scores, of tapes for RS -- not only Hunter's but many of the "Rolling Stone Interviews" with major figures that were done by the other writers. I was able to transcribe these tapes and turn them into intelligible, even publishable, manuscripts -- complete with dramatic sound effects and stage directions. Hunter once remarked that "editors are a dime a dozen, but listeners [here he was referring to my transcribing skills] are rare."

After a while, I was promoted to copy editor and I worked on stories from throughout the magazine, including most notably the serialization of Tom Wolfe's "The Bonfire of the Vanities." I would also occasionally contribute short staff articles, and the copy chief would tell me "You write like an editor."

One day I was summoned to Jann's office. I thought I was going to be chewed out for some sloppy copy editing I had done on a sports column. Waiting nervously outside his door, I tried to think of something funny to say to Jann to break the tension. When I got in, I blurted out, "Is this about another Hunter story?" To my surprise, Jann reached under his desk and brought up a cardbox box containing tapes, yellow legal pads, and scraps of paper. He said: "Figure out what this is and let us know if it's publishable." Relieved, I told Jann: "A paragraph from Hunter is worth 3,000 words from anyone else." "That's about the pay scale," he replied as I took the box and left.

I don't remember exactly which Hunter story it was, it may have been the one on the 10thanniversary of the Fall of Saigon. The editor of record on the project had come to RS from a prestigious newspaper, and she and I had a good rapport. I eventually organized the material and turned in an outline. She worked with Hunter to structure the piece and identify gaps that would require new material from him. As deadline neared, he was flown to New York and set up in a swanky hotel under an assumed name (was it Jean Persons?). I would deliver drafts to him -- I called him one Saturday morning at 9 a.m., saying "Is this too early to call?" to which he replied, "No, I haven't been to bed yet." On another occasion when I delivered copy, he answered the door in a towel; he was watching a documentary on sharks and offered me a glass of single-malt scotch, which I politely declined. It never got any wilder than that for the rest of the time I knew him.

Finally, the piece was ready for copy-editing -- there was much anticipation at the magazine about its publication; it was always a big event that was played up by the business side. It was decided that one of the other copy editors would handle it. He took possession of the project (by then we may have been on an Atex computer system) and began his work.

A day or two later, he turned it in to the senior editor. He had worked meticulously on every line, correcting grammar, punctuation, diction, the lot. The problem was: It no longer sounded like Hunter S. Thompson. The senior editor positively freaked. She made me “un-edit” it, and then it ran.

The rest, as they say, is dark history.